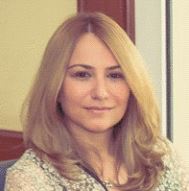 Ms. Sina Hbous has an overall professional experience of over 13 years in the diversified field of development. Her Accumulated experience encompasses sustainable development, environmental, and economic policy and community stakeholder engagement research. She has strong research skills and have been consulting for environmental studies in Egypt for the past 7 years.

Sina has two Masters Degrees in International Affairs and Development Studies from the Lebanese American University and The London School of Economics respectively.

Most recently, she is working on developing a comprehensive sustainability programme for Danish Egyptian Dialogue Institute as a sustainability consultant. And holds the position of Advisor to the chairman of Egypt’s financial regulatory authority for sustainable development. Representing FRA, She is currently working with the UNEP FI to launch Egypt’s first sustainable insurance sector, this strategy is the first of its kind in the region. She provides a spectrum of sustainability trainings and is also working on launching a think tank under the authority for sustainable finance in Africa and MENA region. Additionally, she is currently working on supporting the finalization of regulations and partnerships to launch green bonds.

She has also worked with the IFC and the Egyptian Ministry of Investment and International Cooperation. Prior to her consultancy work, she assumed the position of associate director of the Gerhart Center for Philanthropy, Civic Engagement and Responsible Business at the American University in Cairo (AUC). Where she issued a two volume flagship publication highlighting CSR and sustainability in the industrial sector in Egypt in partnership with the ILO.

Prior to her work with AUC, She worked as a sustainable development expert for the Sustainable Growth Division, Centre for Environment and Development Arab Region and Europe, Cairo, Egypt starting 2013.
In 2010 and up till end of April 2012, Sina assumed the role of Corporate Social Responsibility Unit Head, National Bank of Egypt, Cairo, Egypt. She held several position while working at the Egyptian Ministry of Trade and Industry. From September 2009 and till April 2010, Sina was the Program Manager, Minister’s Technical Office, at the Ministry of Trade & Industry. She was the Special Assistant to Minister’s Office, from October 2006 till September 2008.

CARE Egypt Foundation (CEF) is an Egyptian, non-governmental organization harnessing the legacy of CARE International in Egypt since 1954 to fight poverty and improve livelihoods. We envision Egypt as a place where everyone enjoys economic opportunities, equality and social justice. We empower women and girls by sharing our values amongst the private sector, government and civil society.

90% of all our expenses go to program services.

CARE Egypt Foundation is a not-for-profit organization registered under number 833 for year 2018 at the Ministry Of Social Solidarity in Egypt. © 2020 CARE. All rights reserved.